“I don’t know what’s love…I want love, but I know me…
Me is no good…No people can love me.”

In Thailand, known as the sexual playground of the world, of the woman in their 20s, 1 in 6 is in some kind prostitution.

Click here to watch a video on Thailand’s Need

It’s easy to assume prostitutes are all “bad girls,” or girls who are willing to do anything for money.

Easy to assume, but wrong.

Yes, there are girls who will sell their bodies for money, but the more I learn about human trafficking and human bondage, the more I do not assume such things when I hear of or see someone who looks like they enjoy this “job” of selling themselves.

“They have to be the best actresses in the world,” a friend says. “They have to smile, pretend they like this, when they hate it.” She has met many prostitutes, and has heard many stories. One was sold into it by her father. Another just wanted to be loved.

I was sickened to hear that several of the American prostitutes she encountered came into that life willingly after watching the “romantic comedy” Pretty Woman. They thought the happily-ever-after love story might happen to them.

It didn’t. Pretty Woman was originally intended to be a dark drama on the evils of prostitution–such movies, however, do not sell nearly as well as a lie, making the main character spunky and in charge of her own life, a heroine, making the client a good guy who rescues her from the life even though he himself paid to borrow her body.

Makes me sick. I have a friend who began selling herself to pay for the drug habit started by her drug-pushing father. I have another friend who was trafficked here in America and is now free. Their stories would not make a romantic comedy. I have never heard of one real-life prostitute who was spunky and happy and in control of her future.

In fact, the average life span of a girl brought into the world of human trafficking is 5 years. Five years until the drugs or the violence or the “job” itself kills her, and another is brought in to take her place.

What does this mean for those of us who hate the idea of prostitution?
1. Hate the evil, not the person.
2. Don’t assume you know why someone does what they do. They have a story; take the time to hear it.
3. Treat every person with the value they were given when created in the image of God.
4. When you see someone you initially want to judge, pray for that person instead.
5. If you see someone in this life who looks fearful or under another’s control, call the Human Trafficking Hotline at 1-888-373-788 (888-3737-888) and give them a chance at freedom.
6. Thank God for His grace in your own life. There are girls all over the world who grow up in brothels, who have no options but to one day join “the line.” If you were born into freedom, thank God for it.
7. Teach girls their worth in Christ, that their worth is not in how much attention they can get for their looks or their bodies. 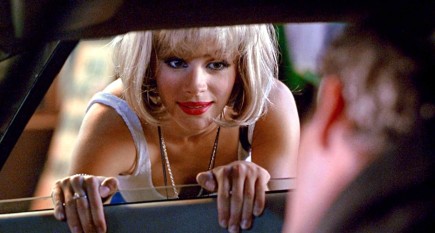 Award-winning author of over 20 books, Kimberly Rae has been published over 200 times and has work in 5 languages. Her novels on fighting international human trafficking (Stolen Woman, Stolen Child, Stolen Future) are all Amazon bestsellers. Rae's trilogy on fighting trafficking in small-town North Carolina (Shredded, Shattered, Restored) was reviewed by Publisher's Weekly. Kimberly lived in Bangladesh, Uganda, Kosovo and Indonesia before health problems brought her permanently back to the US. She currently lives in Georgia with her husband and two children. View more posts